http://www.indiana.edu/~aviary/Research/Mozart's%20Starling.pdf
Posted by Unknown at 9:46 AM No comments:

"The dogs who listen to children reading" by Patrick Barkham

When children read to him, Danny does not criticise or correct their pronunciation. He just nods and pricks up an ear, although sometimes he closes his eyes and appears not to be listening.

Danny is a greyhound and a novel way of encouraging pupils at Oakhill primary school in Tamworth, Staffordshire, to read aloud. A "listening dog", he is part of a scheme that originated in the US called Reading Education Assistance Dogs (Read).

"It helps with their self-esteem in reading out loud because he is non-judgmental," says the dog's owner, Tony Nevett, who has a degree in animal-assisted therapy. "He doesn't judge them and he doesn't laugh at them. He's just a tool – the children don't realise they are reading, which they might not have the confidence to do in class." Some children even show Danny the pictures as they read.

Danny received five months of training to become a Read dog. Greyhounds are particularly well-suited because they do not bark and their short coat is less likely to trigger allergies.
Nevett hopes that the scheme, piloted in Kent, will spread. "We've had some success stories, including a girl with Down's Syndrome who really took to the dog and improved her reading," he says. "When Danny goes to sleep I tell the children that he's dreaming about their story."
http://www.guardian.co.uk/education/2011/feb/28/dogs-listen-to-children-reading
Posted by Unknown at 4:47 PM No comments:

From the very first moments of life, hatchling loggerhead sea turtles have an arduous task. They must embark on a transoceanic migration, swimming from the Florida coast eastward to the North Atlantic and then gradually migrating over the course of several years before returning again to North American shores. Now, researchers reporting online on February 24 in Current Biology, a Cell Press publication, have figured out how the young turtles find their way.
"One of the great mysteries of animal behavior is how migratory animals can navigate in the open ocean, where there are no visual landmarks," said Kenneth Lohmann of the University of North Carolina at Chapel Hill.
"The most difficult part of open-sea navigation is determining longitude or east-west position. It took human navigators centuries to figure out how to determine longitude on their long-distance voyages," added Nathan Putman, a graduate student in Lohmann's lab and lead author of the study. "This study shows, for the first time, how an animal does this."
It appears that the turtles pick up on magnetic signatures that vary across the Earth's surface in order to determine their position in space—both east-west and north-south—and steer themselves in the right direction. Although several species, including sea turtles, were known to rely on magnetic cues as a surrogate for latitude, the findings come as a surprise because those signals had been considered unpromising for determining east-west position.
The loggerheads' secret is that they rely not on a single feature of the magnetic field, but on a combination of two: the angle at which the magnetic field lines intersect the Earth (a parameter known as inclination) and the strength of the magnetic field.
Near the Equator, the field lines are approximately parallel to the Earth's surface, Putman and Lohmann explained. As one travels north from the Equator, the field lines grow progressively steeper until they reach the poles, where they are directed straight down into the Earth. The magnetic field also varies in intensity, being generally strongest near the poles and weakest near the equator. Both parameters appear to vary more reliably from north to south than east to west, which had led many researchers to conclude that the magnetic field is useful only for latitudinal information.
"Although it is true that an animal capable of detecting only inclination or only intensity would have a hard time determining longitude, loggerhead sea turtles detect both magnetic parameters," Putman said. "This means that they can extract more information from the Earth's field than is initially apparent."
What had been overlooked before is that inclination and intensity vary in slightly different directions across the Earth's surface, Putman added. As a result of that difference, particular oceanic regions have distinct magnetic signatures consisting of a unique combination of inclination and intensity.
The researchers made the discovery by subjecting hatchlings to magnetic fields replicating those found at two locations, both along the migratory route but at opposite ends of the Atlantic Ocean. Each location had the same latitude but different longitude. The turtles were placed in a circular water-filled arena surrounded by a computerized coil system used to control the magnetic field and tethered to an electronic tracking unit that relayed their swimming direction.
Turtles exposed to a field like one existing on the west side of the Atlantic near Puerto Rico swam to the northeast. Those exposed to a field like that on the east side of the Atlantic near the Cape Verde Islands swam to the southwest.
The findings may have important implications for the turtles, the researchers say. "This work not only solves a long-standing mystery of animal behavior but may also be useful in sea turtle conservation," Lohmann said. "Understanding the sensory cues that turtles rely on to guide their migrations is an important part of safeguarding their environment."
The discovery may also lead to new approaches in the development of navigational technologies, the researchers added.
http://www.eurekalert.org/pub_releases/2011-02/cp-mst021611.php

Logo design by Srayla Tip, a member of AS Krew, Oakland. He works as a tattoo designer & inker, and he helped Little Mo illustrate The Concrete Jungle Book

Nonhuman Communications aims to enhance communication and deepen understanding among humans and the rest of the Earthlings, seeking to motivate all beings to cherish and defend the planet. 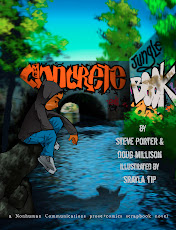 I'm interested in a wide spectrum of news about animal communications and consciousness. I'm also a writer, artist, and tattoo designer, with a Mexican-American and African-American ethnic background (plus a Chinese-American girlfriend) and I've been diagnosed as "autistic" – so you'll see a variety of blog items reflecting those interests as well, a grab-bag, what can I say?

I hope you enjoy this web site, if so, please let me hear from you. I'm interested in your art work, plus your poems and other writings, too, if you want to share, but I'm not promising to publish anything.

Thanks for stopping by.

I think that the lower animals, with all their reactions and adjustments made and established are in a somnambulic state, like the Chinese. But the Chinese are waking up! Do you think that anything could wake up the ants and start them plotting against human civilization?
–Charles Fort, 1925 letter 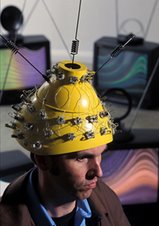